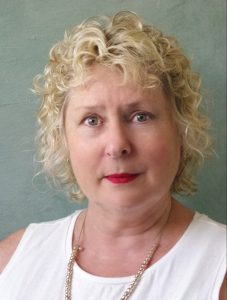 Susan Moriarty, in her role as political advisor to the then Queensland Attorney-General, was responsible for sponsoring and promoting Queensland’s first civil rights legislation including Freedom of Information, Judicial Review, Street Marching, Anti-Discrimination and Penalties and Sentences laws.

In February 1998, she was promoted to Executive Manager, Human Rights and Administrative Law where she administered the Criminal Injury Compensation Scheme on behalf of government.

In May 1999, she left the department to set up her own law firm specialising in workplace bullying in the Queensland public sector. Since then she has worked tirelessly for the rights of her clients.

Susan Moriarty is a well-respected, highly successful senior lawyer specialising in the employment, human rights, anti-discrimination and industrial spheres of law. She has over 20 years’ experience and remains very passionate about securing the best possible outcome for her clients.

Susan’s personal aim is to help her clients reach a timely resolution, allowing them to deal effectively with a difficult and emotional situation and move on to better times.

Lyle Beaton is a senior employment lawyer with over 20 years’ experience in employment law and human rights law. He graduated with a Bachelor of Arts, First Class Honours in History in 1995, and then in 1997 with a Bachelor of Laws from the University of Queensland. He previously worked for SMA from 2011 – 2015, progressing from Senior Lawyer to Senior Associate (2IC), but left the firm to pursue his other great interest in freelance sports journalism.  Lyle was persuaded to return to legal practice when he was offered a position as Partner with a dynamic employment law consultancy firm based in Brisbane.

Lyle has acted for clients in diverse areas in his 20 year professional career, including construction, mining, retail industries, medical, academia, transport, law, politics, banking, IT, small business, and aged care. He has substantial experience as a litigator and advisor. His career spans all areas of employment law, including workplace bullying, contracts, redundancy, restraint of trade, discrimination (all types), sexual harassment, unfair dismissal, and worker’s compensation.

He has extensive knowledge in drafting and settling pleadings and affidavits, as well as regular appearances across all areas of employment law and all jurisdictions in relation to First Court Dates, Mentions, callovers, conciliations, mediations and interlocutory applications. 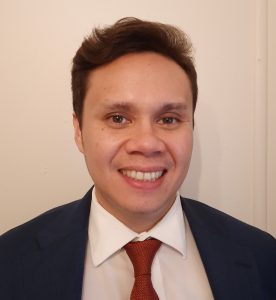 Aaron Stewart commenced with the firm in 2021.

Aaron is passionate about providing comprehensive advice and protecting his clients’ interests. Aaron prides himself on being, personable and in the delivery of legal services. In 2018, Aaron graduated from the University of Southern Queensland with a Bachelor of Laws and completed his Practical Legal Training with the College of Law.

Aaron was admitted to the High Court of Australia and Supreme Court of Queensland in November 2018. Aaron has a diverse history working in the legal profession and previously worked as a case manager for State and Federal Government Agencies on complex matters involving Courts and Tribunals from various Jurisdictions.

Aaron has appeared at hearings and mediations in a variety of jurisdictions including Federal Circuit Court, the Fair Work Commission and the Queensland Human Rights Commission obtaining successful outcomes for clients. Aaron’s commitment to access to justice has led him to volunteer with community legal centres.

Outside of work, Aaron’s personal interests include boxing, running, art and food.