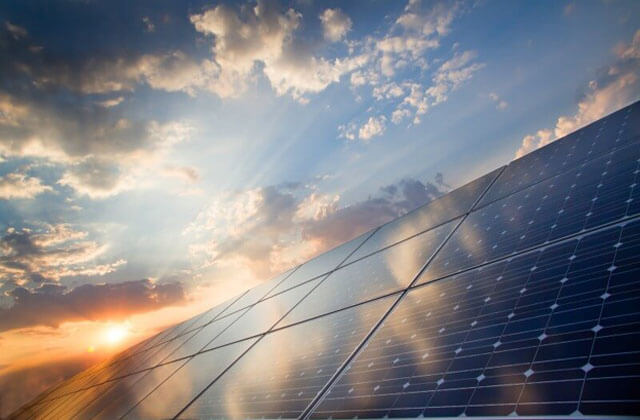 Susan Moriarty & Associates acts for Ms Liesa Oldfield, former Human Resources Manager of One Stop Warehouse Limited (‘OSW’) – Australia’s largest solar panel distributor. The solar giant, founded by chief executive, Anson Zhang, and co-founder Jeffrey Yu, is a national company with offices in all state capitals. In 2019, OSW was one of Australia’s fastest-growing private companies. Relevantly, in September of 2019, The Australian Financial Review reported that “Zhang’s One Stop Warehouse Group grew revenue 108 per cent to $391 million in 2018-19, the most of any company on the Top 500 Private Companies List”. 37-year-old Chinese-born Queenslander, Mr Zhang, was on the 2019 Financial Review Young Rich List and won a 2019 Australian Young Entrepreneur Manufacturing, Wholesale & Distribution Award, together with Yu.

(a) injuring her in her employment or altering her position to her prejudice by:

(i) removing the payroll process from her position;
(ii) countermanding a verbal warning issued by her to an employee;
(iii) employing a HR assistant;
(iv) removing Warehouse recruitment from her roll;
(v) removing her WHS role;
(vi) advising her she did not fit the “culture” of the business;
(vii) suggesting she was “unstable”;
(viii) advising her a number of complaints had been made against her;
(ix) removing her from sales team recruitment duties;
(x) progressively removing her core duties and responsibilities;

(b) discriminating between her and other employees by:

(i) removing payroll process responsibility;
(ii) removing Warehouse staff recruitment from her role;
(iii) injuring her by causing her humiliation anxiety and distress; and

(c) injuring her in her employment by exposing her to liability as an involved person pursuant to s.550 of the Act to civil penalties for contraventions of the Act as a result of failure to rectify contraventions brought to the respondents’ attention by her in her roles as HR Officer and HR Manager.

On 8 July 2020, Judge Jarrett of the Federal Circuit Court in Brisbane delivered an interlocutory judgment, (Oldfield v One Stop Warehouse Pty Ltd & Ors [2020] FCCA 1865) dismissing the Respondents application to strike out Ms Oldfield’s claim on jurisdictional grounds stating that Ms Oldfield “claims to have been put in the invidious position that she was responsible for human resources at a company which did not comply with its legal obligations towards its workforce. She alleges that she made various complaints and sought, to no avail, an indemnity from her employer in the event of an investigation by the Fair Work Ombudsman of the business.”

…if a person has resigned from his or her employment, but was forced to do so because of conduct, or a course of conduct, engaged in by her employer, then that employee has been dismissed for the purposes of the Fair Work Act. If they allege that they were dismissed in contravention of Part 3–1 of the Act, they cannot bring a general protections court application in relation to the dispute unless they meet the conditions set out in s.370(a) or (b) of the Act.

Whilst Ms Oldfield resigned from her employment to avoid exposure to liability for any Fair Work Ombudsman investigation regarding One Stop Warehouse underpaying its employees, she does not claim that her resignation was a constructive dismissal or that it was adverse action taken against her by the first respondent.

After a consideration of the issues and the legislation, Judge Jarrett ultimately dismissed the Respondents’ application for summary dismissal of Ms Oldfield’s claim finding that:

21. The applicant’s application is not liable to be summarily dismissed on the basis that her claims for relief are frivolous, vexatious or an abuse of the process of the Court. I cannot be satisfied that her claim generally has no reasonable prospects of success. She pleads material facts that, if accepted, may lead to the grant of the relief or part of it, that she claims. The basis of the respondents’ claims to have the proceedings dismissed is not made out. The applicant’s claim is not a dismissal dispute for the purposes of the Fair Work Act and she is not precluded from bringing these proceedings by s.370 of that Act.

With regards to the Respondents’ alternative claim of relief to strike out parts of Ms Oldfield’s claim that if the applicant was not dismissed because her resignation was voluntary, then the Respondents cannot be liable to compensate the applicant for the consequences of her own decision, Judge Jarrett ultimately refused the relief sought and found that:

30. Whilst the applicant does not accept that she has no reasonable prospects of success on this aspect of her claim, she does concede that at trial it may be more difficult to persuade the Court that it is appropriate to make an order for compensation in respect of her claimed economic loss.

31. She argues that her economic loss is a loss which may be characterised as “a not unlikely consequence of the taking of the adverse actions against the applicant”. Thus, she argues, the loss incurred after the applicant’s decision to resign her employment may therefore be argued to be loss which has a sufficient causal connection with the contraventions of the Act to be compensable. She argues that the Court may be persuaded to exercise the discretionary power to order that the respondents pay compensation in respect of part or all of that loss and that is properly a matter to be considered in the light of all the evidence at trial.

32. I accept that argument. The question of causation – that is to say what compensation is due to the applicant because of the adverse action taken against her – may be answered by an examination of the reasonableness of the applicant’s decision to resign her employment. It is not difficult to envisage that confronted with the situation as described by the applicant in her pleading, it would be a reasonable thing for her to resign her employment so as to limit her exposure to any accessorial liability. Her resignation might be seen as a reasonable and foreseeable consequence of the adverse action taken against her.

“We are delighted that the Court has so clearly said that our client has a right to be heard on her claims but incredibly disappointed that One Stop Warehouse has now filed an appeal against this Decision.

Now that mediation has failed, this will add further delay to our client telling the Court of the incidents she has documented in her pleadings and affidavit.

Nevertheless, she is committed to telling the truth to the Court so that her colleagues, who may not be able to do so, receive their rightful wage and benefit entitlements as soon as possible.”

4BC  Interview with Susan Moriarty

During these challenging and difficult times SMA is committed to our people, our clients and…